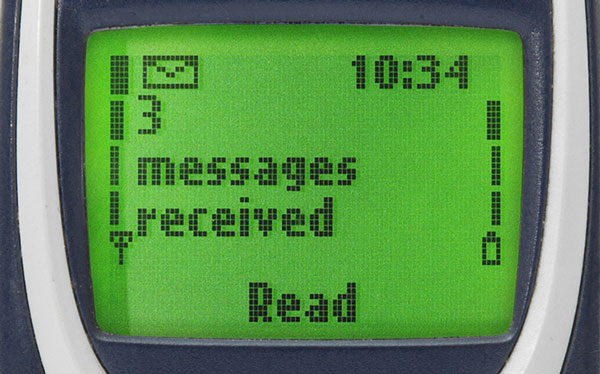 I remember when I was a kid, I was probably in 5th grade, I was accused of sending a lewd and profane text to a relative, I can’t really recall the specific content of the text but it’s something along the lines of cursing someone, it was an offensive word which I couldn’t have known the meaning at the time, so I was really confused because I was being incriminated for something I didn’t do.

It was an awful experience, being judged like that, I couldn’t even defend myself because they already came up with the conclusion that I was the one who sent that message, I wasn’t the only one who used that cellphone, that particular cellphone has been used by different people, I borrowed it to play Snake, unluckily, it was in my possession when they realised that a text has been sent, I had nothing to do with it, I couldn’t have sent that text.

I tried to explain, I was being bombed with questions, questions I didn’t know the answer to, I was forced to admit to a mistake that I knew nothing about.

I cried because I felt trapped, they didn’t even give me the benefit of the doubt, they went ahead and crucified me for something I didn’t do. I had to apologise for a sin that had nothing to do with me. I cried alone, I even thought about writing a note declaring my innocence, but I knew that was useless, they would not listen, they believed I was a bad kid, that I had a bad upbringing, that I didn’t have manners. Ugh. It was stupid.

While I was crying alone, the only person who believed that I didn’t do it was my grandfather, he comforted me, too many things has been said but he never believed in any of them. My parents weren’t there to defend me, my grandfather was all I had, he told me; “Don’t mind them, hush. I know you didn’t do it, you’re a good kid, ignore them”  those were enough for me.

Have you been unfairly treated when you were a kid? Tell me about it in the comment section.

A Piece of My Mind